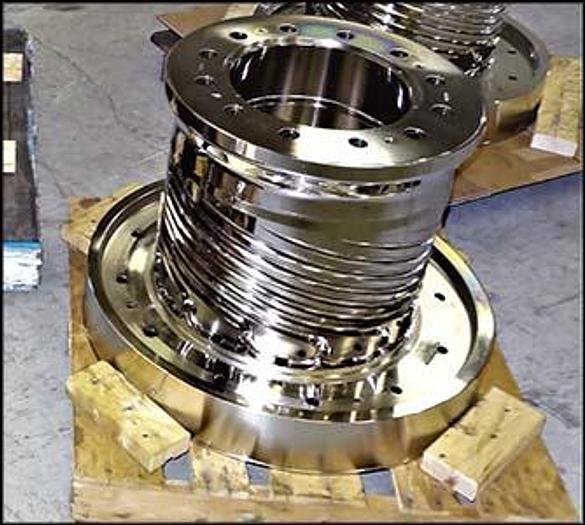 Techflow Design’s “Flow Mixing” channel concept is incorporated in the die in order to address the problem of cross sectional flow passage material property variations. Each spiral is fed by two ports allowing homogenization of the melt entering the spirals by taking advantage of the thermal and velocity bias present in the flow channel. In this manner, the cold slow moving material at the channel walls is sandwiched between layers of hotter melt. Since the hotter melt serves to lubricate the flow through the channel, there is no longer a tendency for preferential flow due to viscosity differences. The increased mixing realized from this configuration improves layer gauge control. In addition, it has been found that changeover from one resin type or color masterbatch to another can be achieved far more rapidly. On a conventional die a color change would occur gradually. Color would decrease rapidly between the ports, but would continue as a distinct band at each port for a much longer period. With the flow mixing channel the color dissipates uniformly around the full circumference of the bubble in a shorter period of time. The same scenario would be observed for resin changeovers.